Meet the renovation project of the square presented by the City Council at the theatre of Alba. The town square is dedicated to Michele Ferrero and enriched by Valerio Berruti’s artwork donated by the Ferrero Family.

The monumental sculpture called “Sunrise” was donated to the city by the Ferrero family in memory of Mr Michele. Created by Alba’s native artist, Valerio Berruti, who is represented in Italy by the MARCOROSSI artecontemporanea. The work, displayed on a circular fountain surrounded by seats, will be installed in the very central area of the Ferrero square. The project was revealed to the public on Tuesday 12th of April, right on the stage of the Social Theatre “G. Busca” during an event presented by the journalist Valentina Tosoni. In the sitting area set up on the stage were also present Major Carlo Bo together with the President of the Piemonte region, Alberto Cirio, the ssessors of tourism and, event and public works, Emanuele Bolla and Massimo Reggio, the director of the Tourism board of Langhe Monferrato Roero, Mauro Carbone, the President of the Alba Fair board Liliana Allena, the general director of the Palazzo Strozzi Fondation in Florence, Arturo Galansino, Roberata Ceretto wine producer engaged in several contemporary art projects, the journalist Nicolas Ballario and the artist Valerio Berruti.

Sunrise by Valerio Berruti, one of the largest public existing sculptures in Europe

The sculpture will be 12,5 meters high and made out of inox iron. We are talking about one of the largest existing sculptures made under a public commission in Europe. The title of the work “Sunrise”, is symbolic as it is the Italian translation of the town’s name Alba. This is a clear homage to the land on which the sculpture stands and at the same time, Alba is an Italian name for a child girl, to emphasize the poetic aspect of the capital of the region of Langhe. Valerio Berruti to represent the typical character of what Beppe Fenoglio used to call “the Langhe’s girl” chose a young girl described with a shy and bashful pose. The sculpture is the tridimensional transcription of Berruti’s pencil mark: a delicate sign that will dialogue with the surrounding space, welcoming the void inside. Therefore, the artwork is a monument to life, a reminder addressed to the viewer which aims to take him back to his childhood, a moment of life when everything can still happen.

The newly refurbished square named after Michele Ferrero represents in the best way the ability of the community to protect themselves and their future but with their roots well firm to the ground. The fountain and its circular base will open the gaze in the direction of the Langa leading to an unbreakable connection with the city. It is thanks to the people’s work living in the surrounding area that the future of the Langhe stays alive. The careful and thoughtful work in the area was made also possible by Ferrero’s view, who supported the local citizens to remain in their hometowns. The Major of Alba, Carlo Bo is grateful to the Ferrero family with Mrs Maria Franca, widow of Michele, and the artist Valerio Berruti who will become a new symbol of the city, not only because of his undeniable artistic value but also for his delicacy of the mark. Therefore, the city will acquire a new look that will characterize the “city of the hundred towers”, for all the tourists and visitors who will be able to recognize this monumental artwork as a new valuable element in our city and territory. 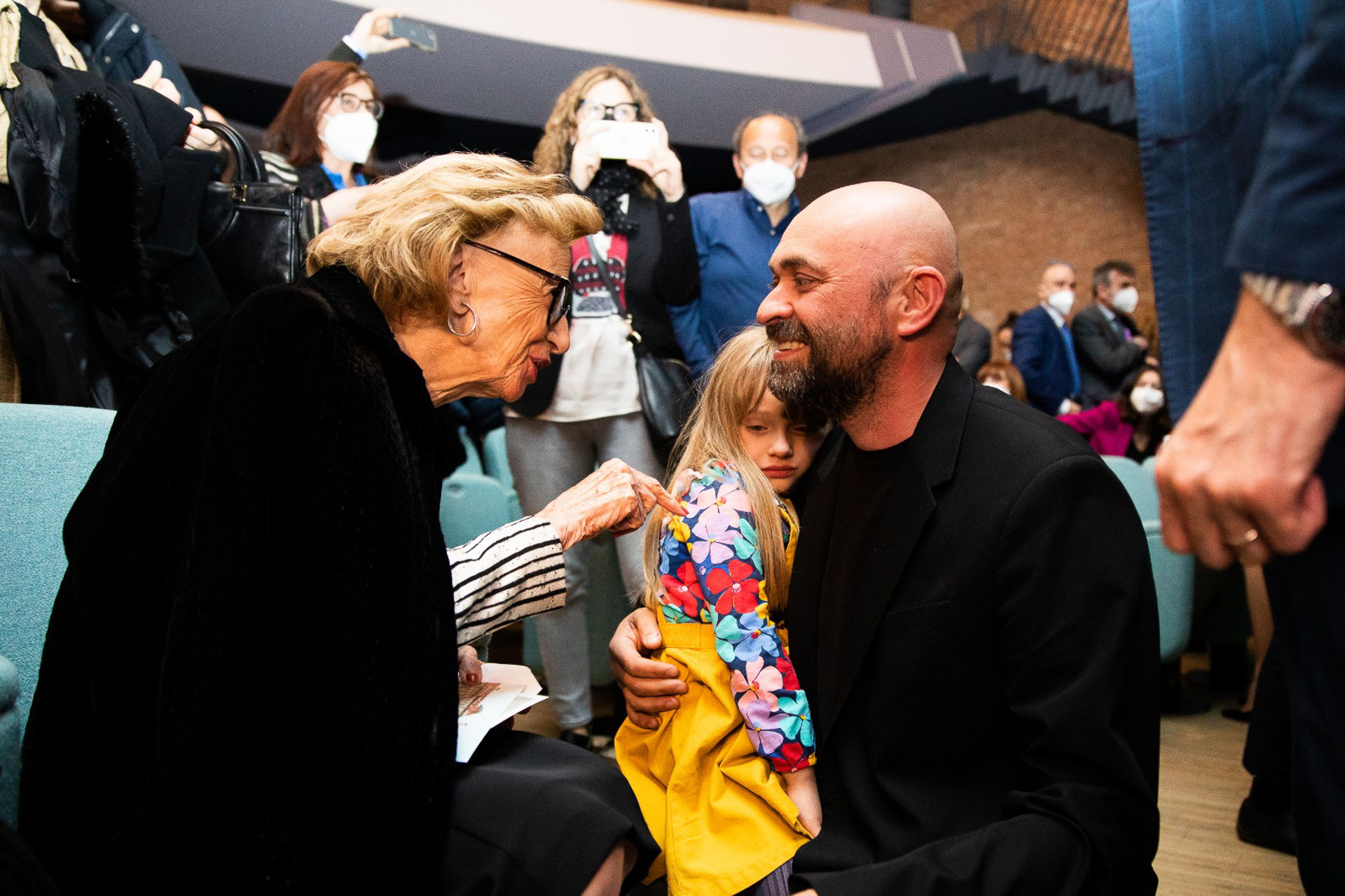 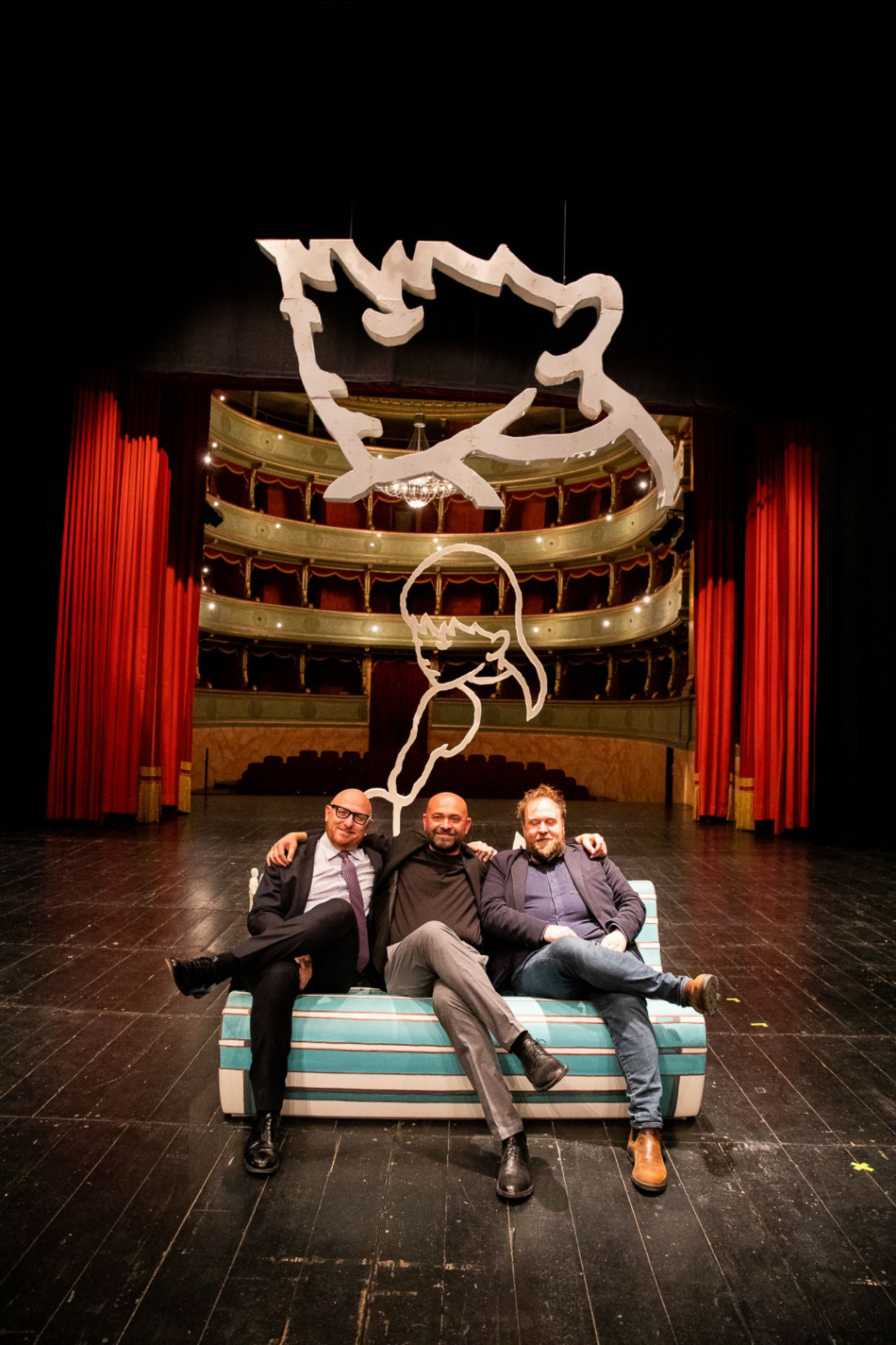 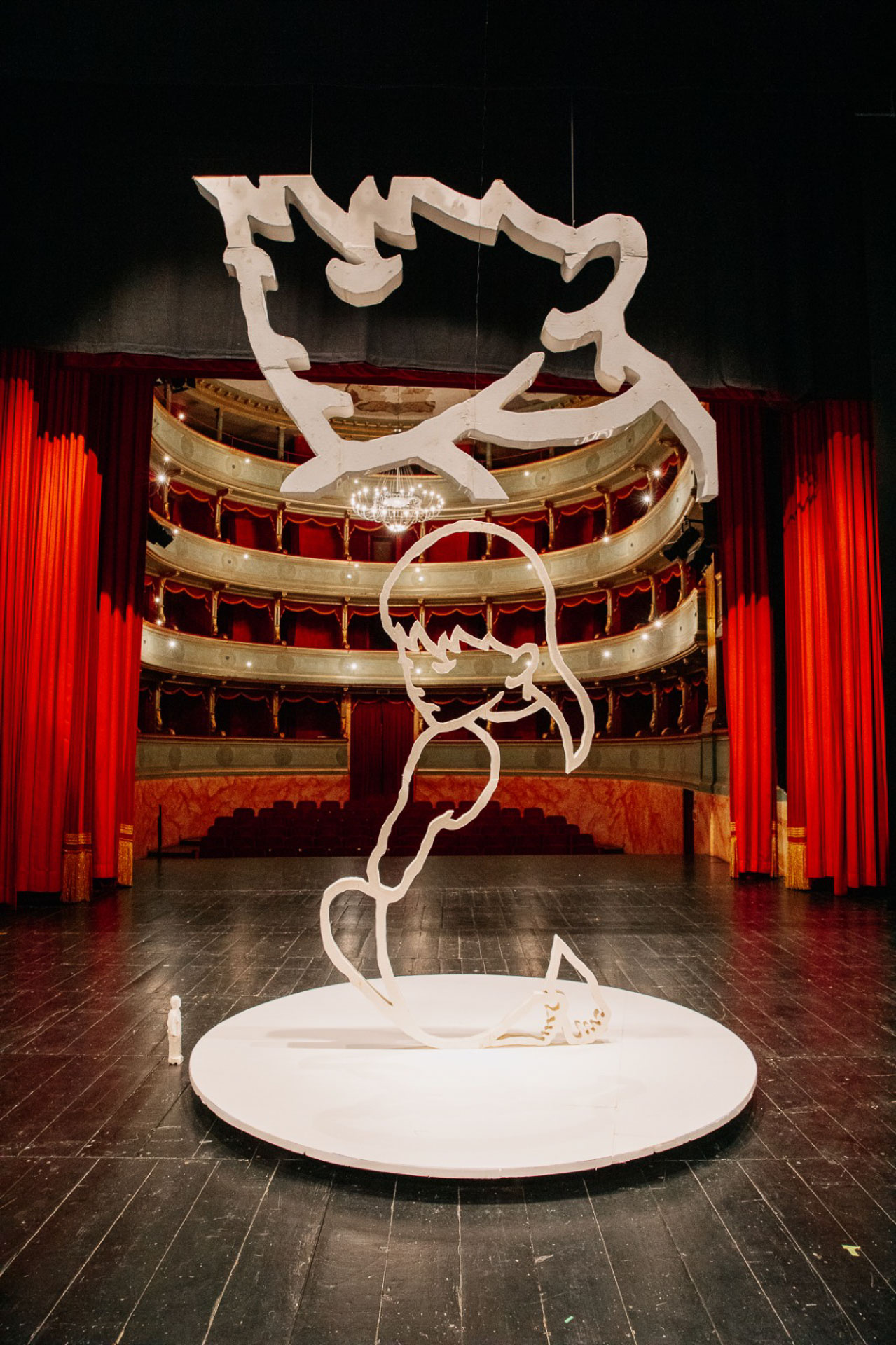 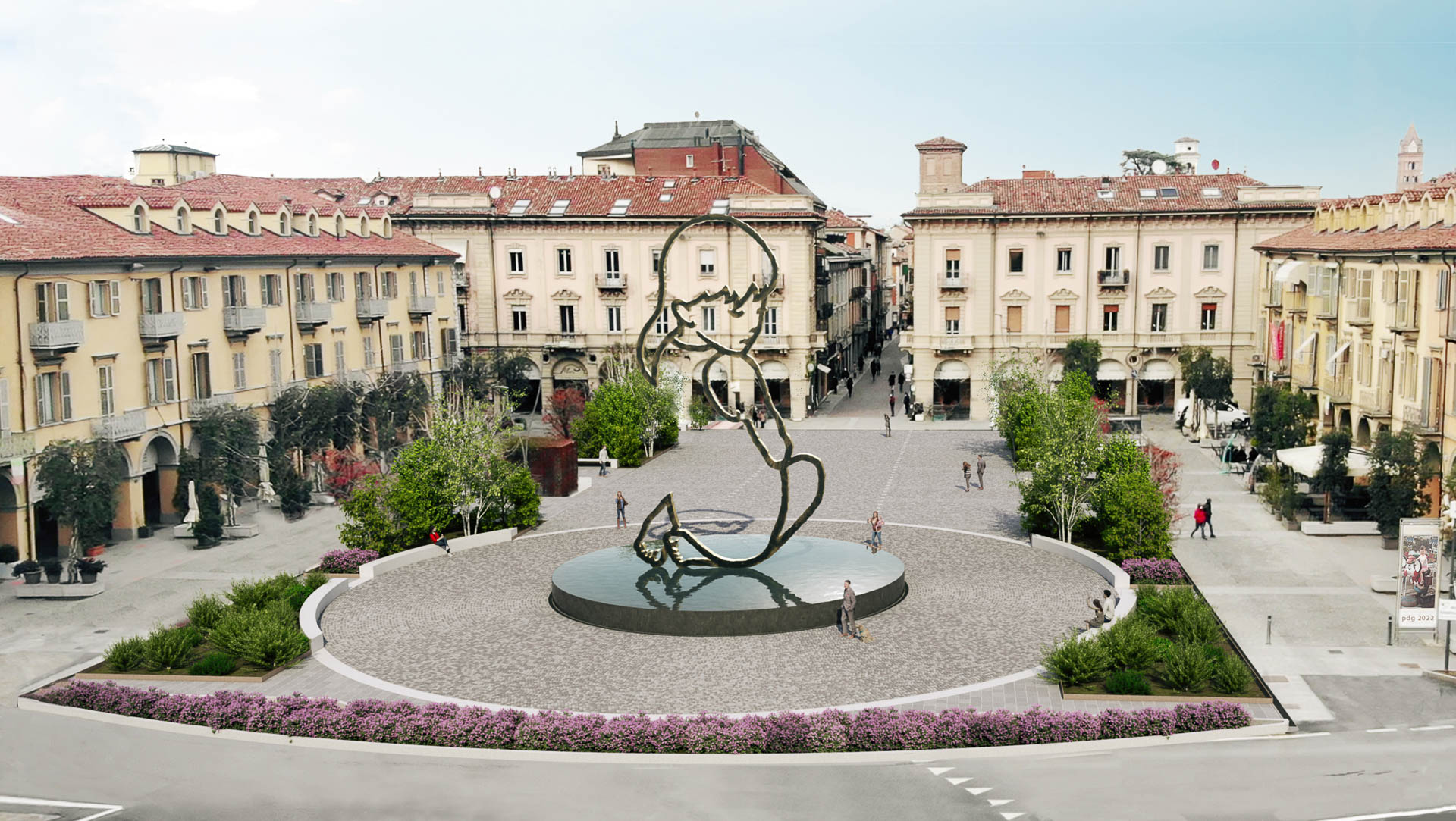 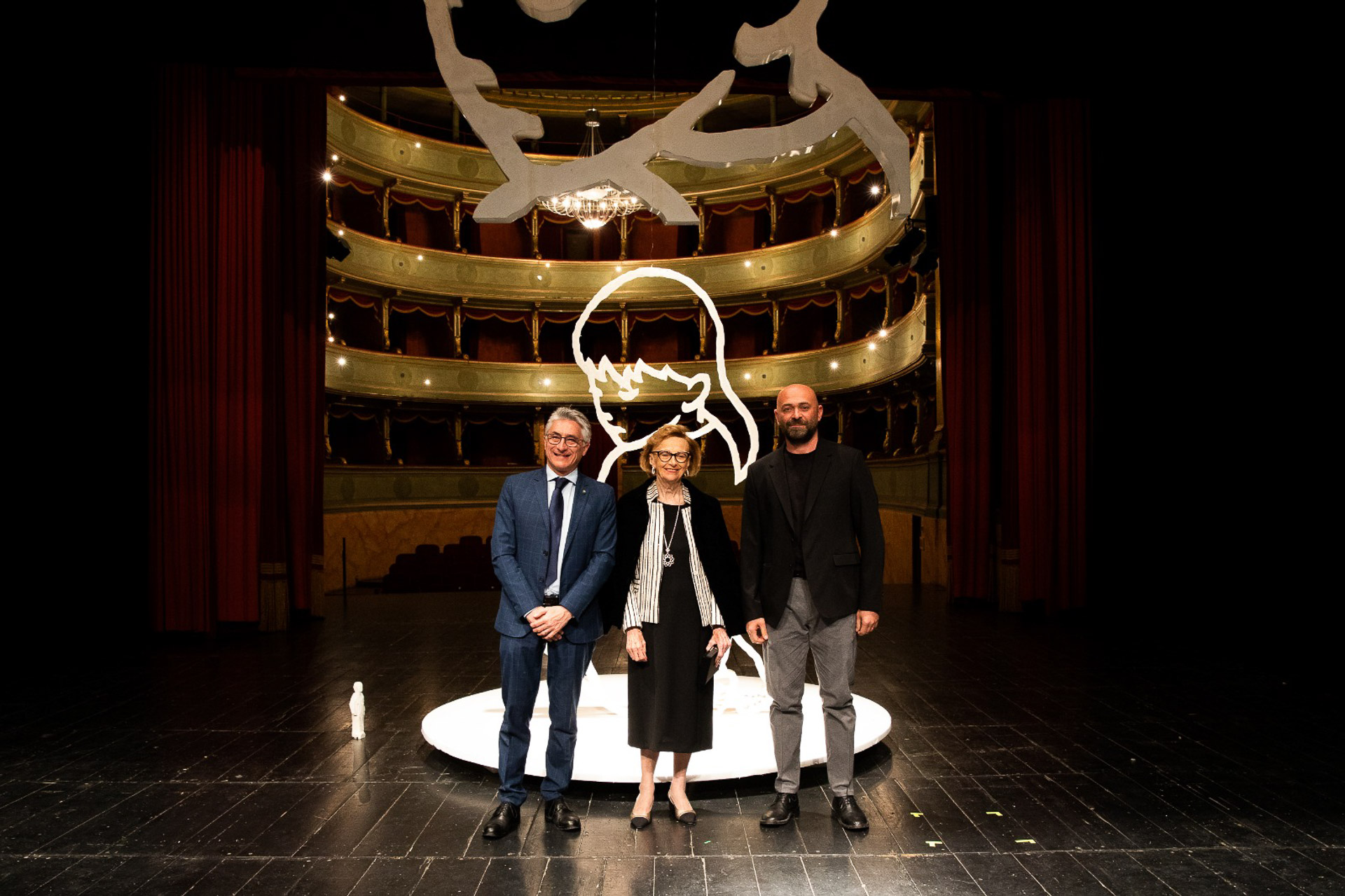 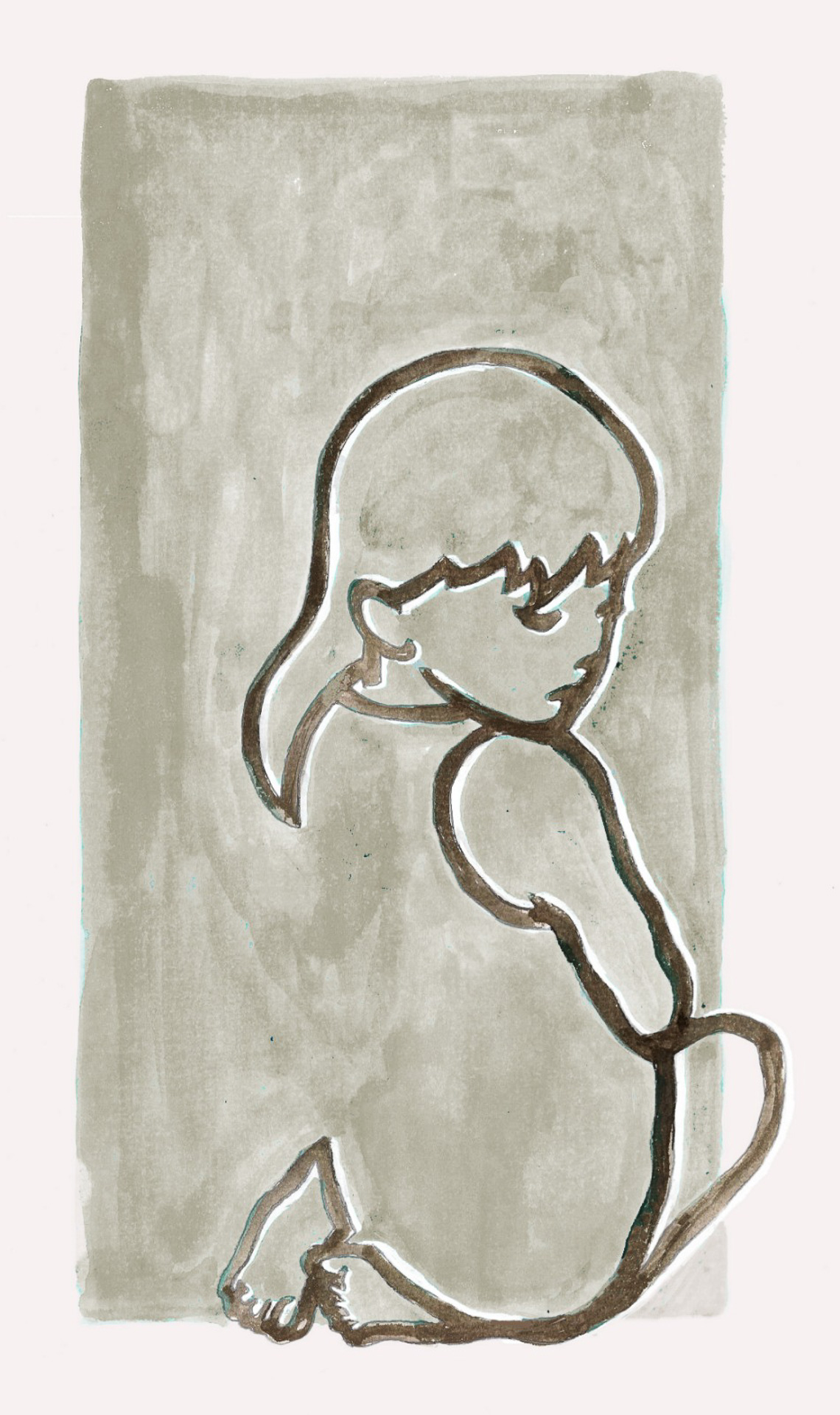