The MARCOROSSI artecontemporanea gallery during the months of June and July will host the exhibition Inquattro. A collective exhibition dedicated to the four well-established artists who have also been the protagonists of the 2022 edition of Artefiera Bologna: Valerio Berruti, Franco Guerzoni, Marco Tirelli and Paolo Ventura.

Valerio Berruti, with whom the MARCOROSSI artecontemporanea gallery celebrates 20 years of a long-lasting relationship, will present an unusual work. The strong tension for experimentation is shown through his works made in fibreglass and led lights. Moreover, some other recent fresco paintings on jute inspired by the suspended world of childhood, the moment in which we are still all the same and things are yet to happen.

From Paolo Ventura, we will present artwork from the new cycle of works “I Ginestra”, born from the fortuitous find of a photographic album of two acrobats during the 30s. The photos reworked with his usual techniques of collage will be on display with some other works of previous years. A complex process made possible by the historical research, craftsmanship, manual skills, scenographic composition, photography and painting, worked altogether in a glamourous mix.

Franco Guerzoni, whose exhibition “Ritrovamenti” has just been successfully concluded, is going to present some historical works among which an artwork made in 2008 and other pieces already exhibited in public expositions: at the Scuderie of Palazzo Moroni in 2007 in Padua, at the Triennale Bovisa in 2008 and at Palazzo Pitti in 2013, where he investigates the concept of time and the poetic of ruin by adopting a theory related to the thoughts connected to the concept of “archaeology without conservation”.

Marco Tirelli’s work is the result of a complex intellectual process. His way begins with the recording of real facts and gets to make pure shapes and space and light allusions. On display, is some sophisticated gouache on paper made in 2007, emblematic of his research on the relationship with shape. Always between abstraction and something recognisable, while the light is perceived as a starting point for the investigation of the possibilities and limits of perception. 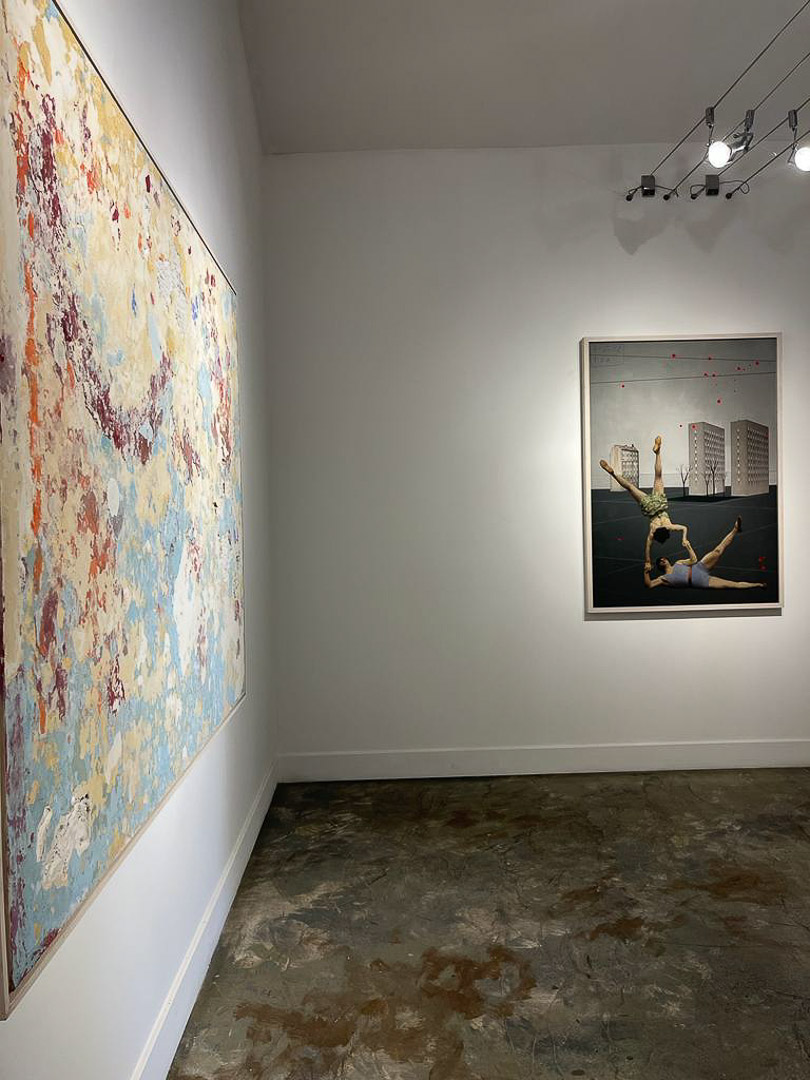 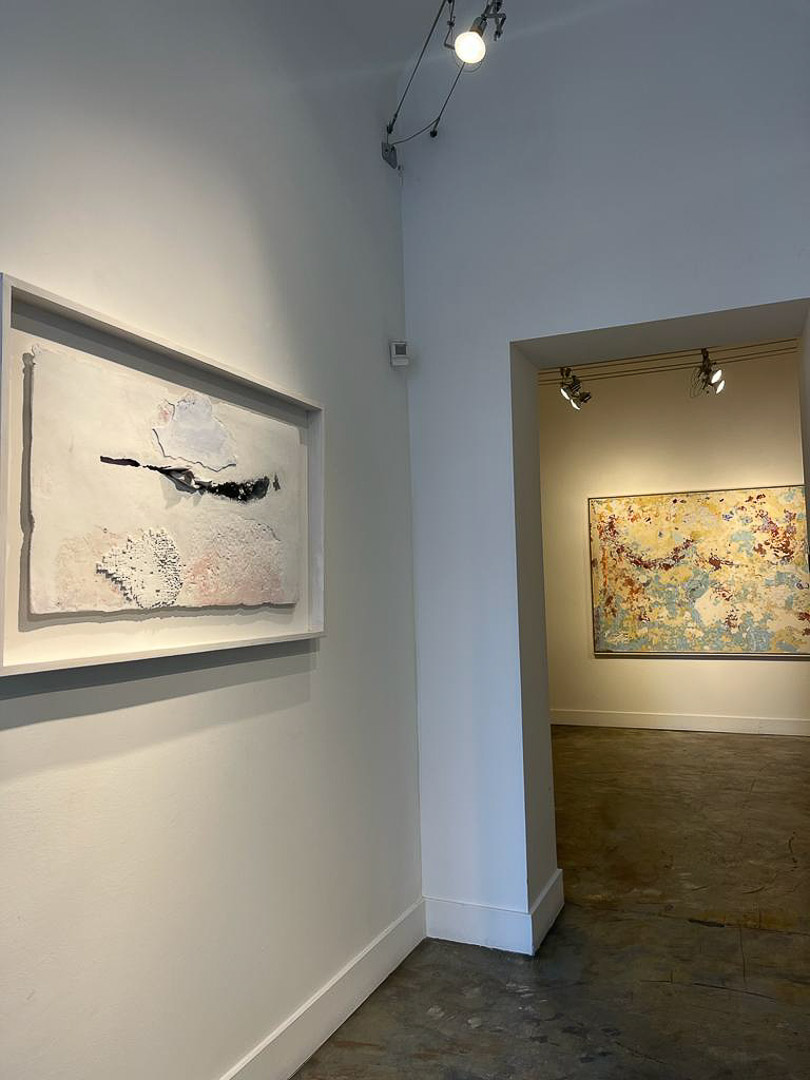 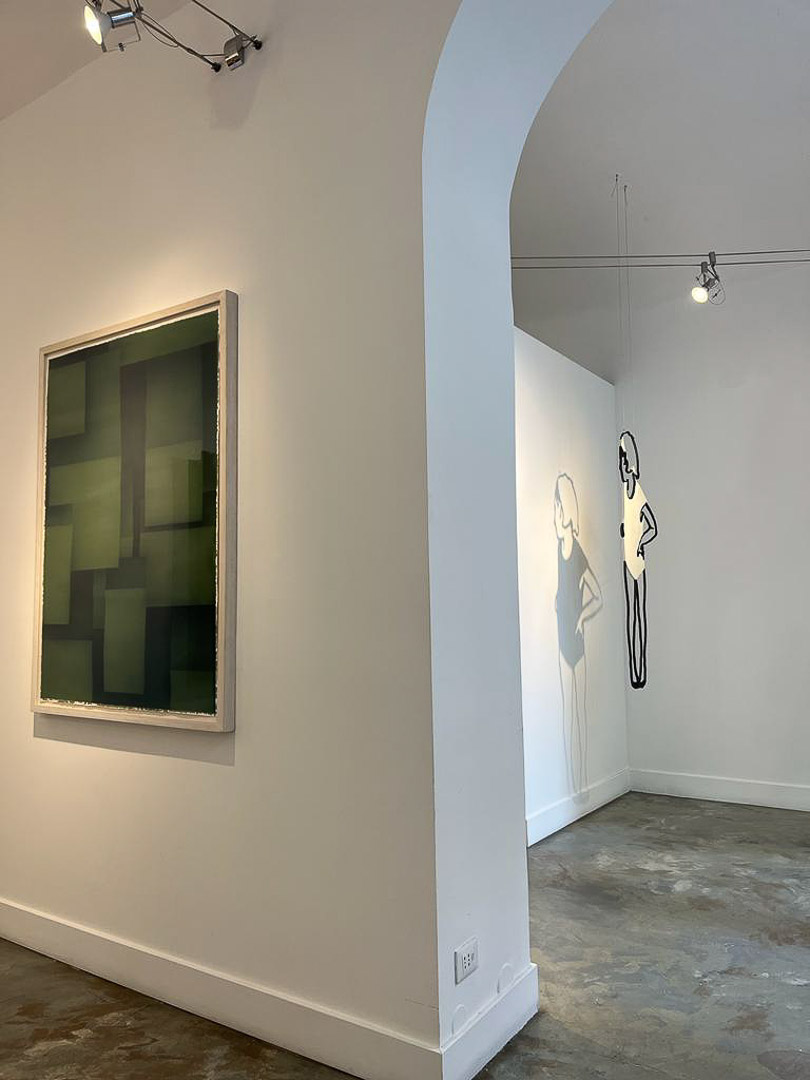