Interview to the sculptor’s collective The Bounty Killart

Interview to the sculptor’s collective The Bounty Killart

The Bounty Killart is the collective’s name that collaborates with the MARCOROSSI artecontemporanea for many years.

The MARCOROSSI artecontemporanea gallery started to collaborate with them in 2014 and in 2017 they presented in Milan, Pietrasanta, Turin and Verona, the exhibition “The Bounty mutineers”, curated by Luca Beatrice. Their personal way to make a social critique through irony and a mixture of sacred and profane, are aspects of their work that was developed over time without losing their freshness and creativity. Always cynical and irreverent, they stress the inconsistencies of the present by using a classical formalism to taste and, through the classical sculpture of the “ready-made” and the Pop art lesson they unify the present with the past.

To know more about the Bounty Killart, Dionigi and Jacopo answer our questions

We can say your collective was born on the Albertina Academy’s desks. Can you tell us how your collaboration started and how were the Bounty Killart born?

Yeah, we met at the Albertina Academy in Turin, we attended different classes but we useD to meet dawdling and smoking during the break time. Between a chat and another, we began to collaborate creating the firsts artworks.

It is not easy to imagine how a collective works: who has the idea, who creates it, how do you collaborate with a partner who is not in the Studio?

There is no strategy planned ahead. The initial idea is developed together and therefore the final sculpture is the result of the collective and belongs to everyone and nobody. Marco lives in Berlin and when we work in the Studio, he is the voice-over, he is connected with us virtually. He doesn’t work manually but he is an important element in the artwork idealization.

Your poetry is a mixture between classical historical art’s irony and modern Pop art, giving a contemporary look to your artworks. What is the message you try to communicate?

Surely, we do have a strong love for art history, particularly the classical one. Following this stylistic passion, we mark only certain aspects of contemporary life, often not so distant from the past ones. We are open to different interpretations from ours therefore it is the viewer who will decode the message and draw his conclusions.

The experimentation of different mediums seems your characteristic, how did you move from gesso to resin and then marble and bronze? Which are the criticisms of different materials?

We like experimenting, in our artworks we refer back to the ancient cannons and, the use of mediums follows this direction. Even when we use modern mediums, we use them to emulate the ancients, like in the case of our ceramics which are not made out of ceramic. We like playing with the viewer’s perception by combining different mediums and exploiting their advantages as well as disadvantages.

Following the great success of the exhibition in St. Petersburg, the Bounty Killart talk about the Russian exhibition and their projects for the future

One of your successful exhibitions is out at the Erata Museum in St. Petersburg, do you want to talk about it?

The exhibition in St. Petersburg presents itself as a hypothetical archeological find in a far distant future. An exceptional archaeological find took place in Autumn 3115 nearby an abandoned site in the south of the continent which has shed light on the world in the first decade of 2000. The idea took place from the desire of recreating a sort of temple that collects 30 sculptures of different dimensions and themes that gravitates around the largest installation inspired by the myth of the gigantomachy –always actual to us – a Titian defeated by Zeus who measures 8 meters.

What are your projects for the future?

We will present soon some of our sculptures from the Erata Museum at the MARCO ROSSI artecontemporanea. We also have another project in mind that starts from the principle of Drake’s equation; it is based on the exobiology mathematic formula used to esteem the number of existing extraterrestrial civilisations able to communicate with our galaxy. Beginning from this idea we asked ourselves a question: could one of our sculptures travel in the universe and be able to attract the attention of other civilisations and therefore, confirm Drake’s estimates? Probably, if any advanced civilization would exist, they would have an esthetic sense and passion for art. Our purpose, besides attracting their attention, is to create a new committee public: outsiders aliens with human troubles. 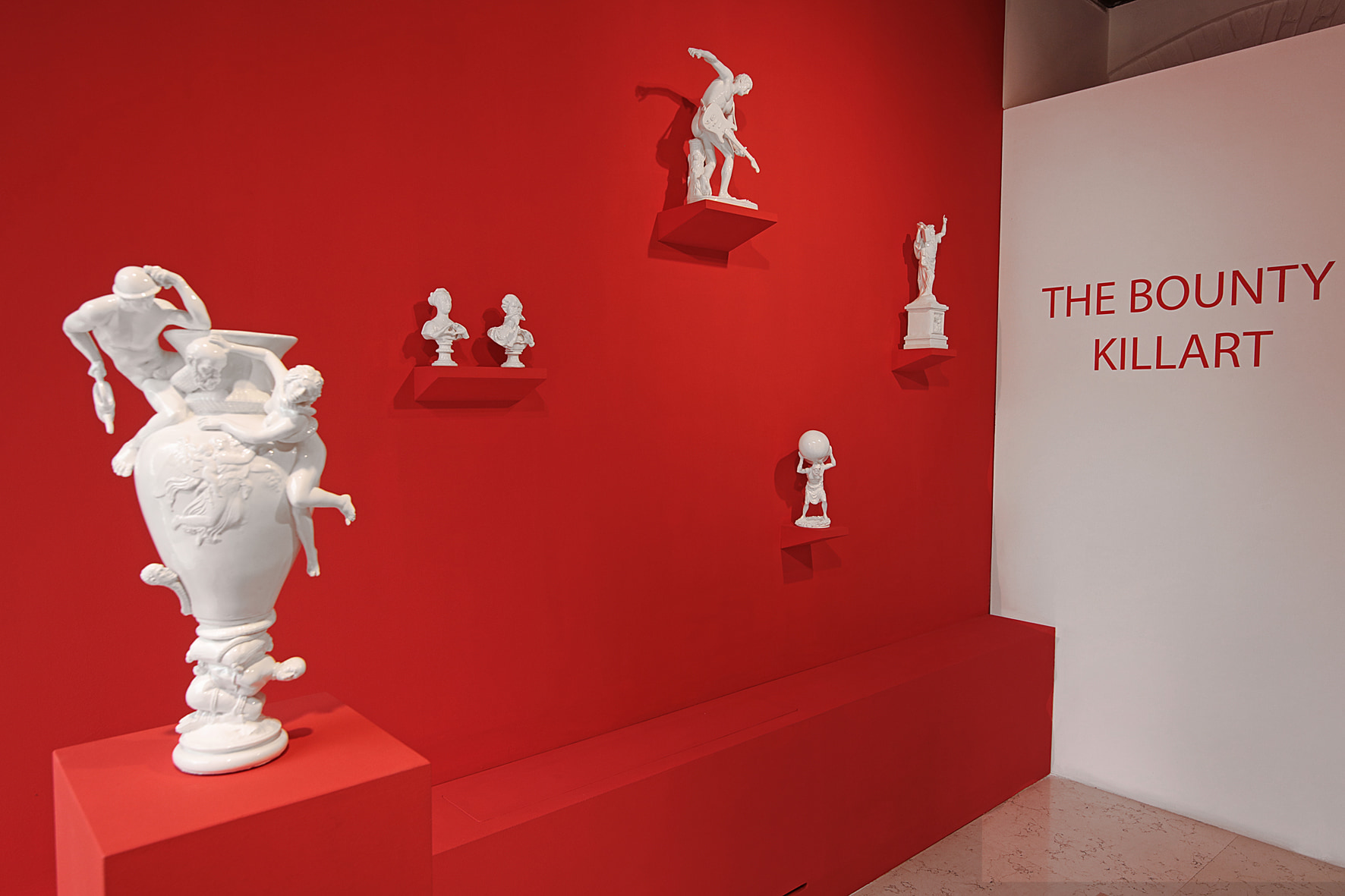 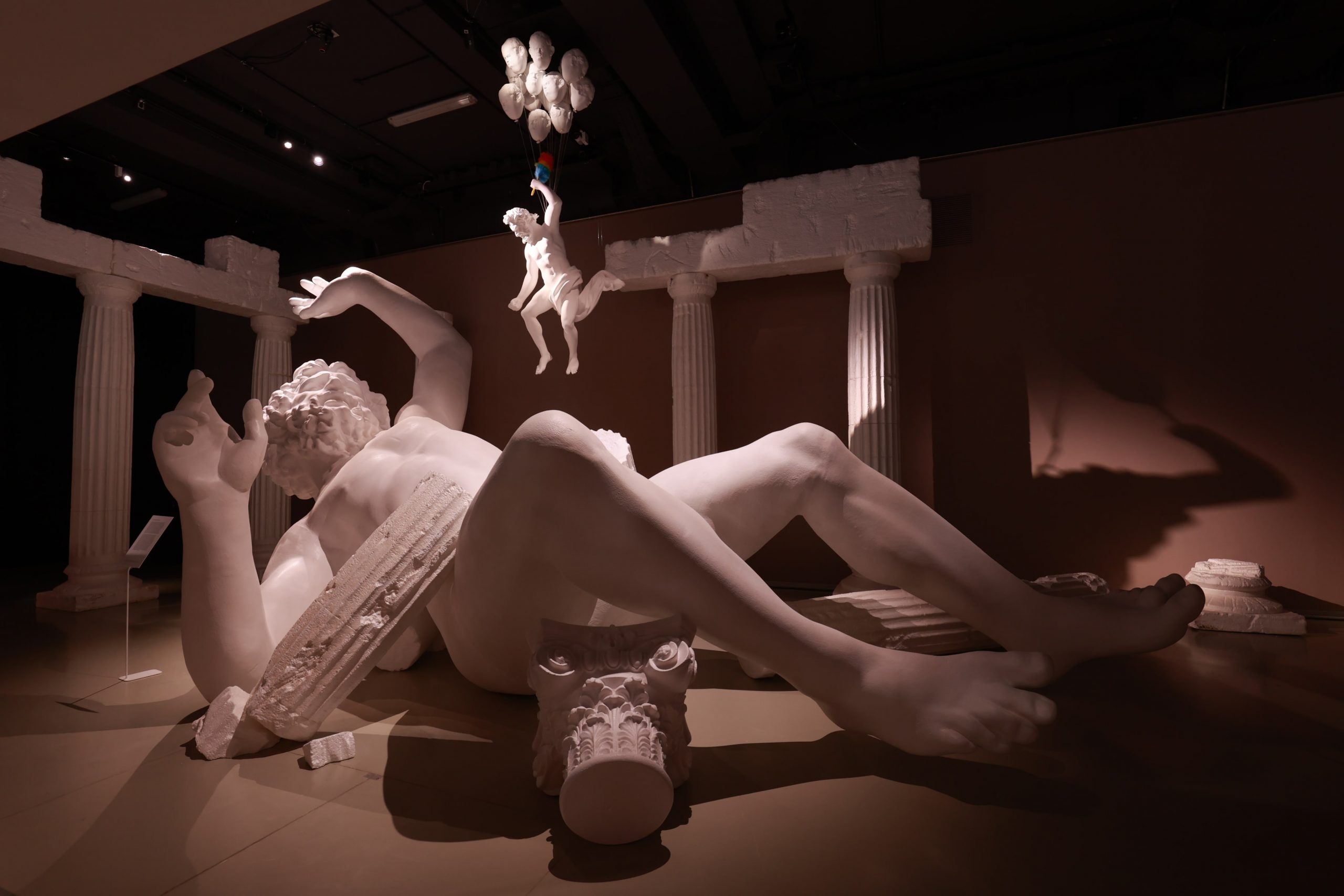 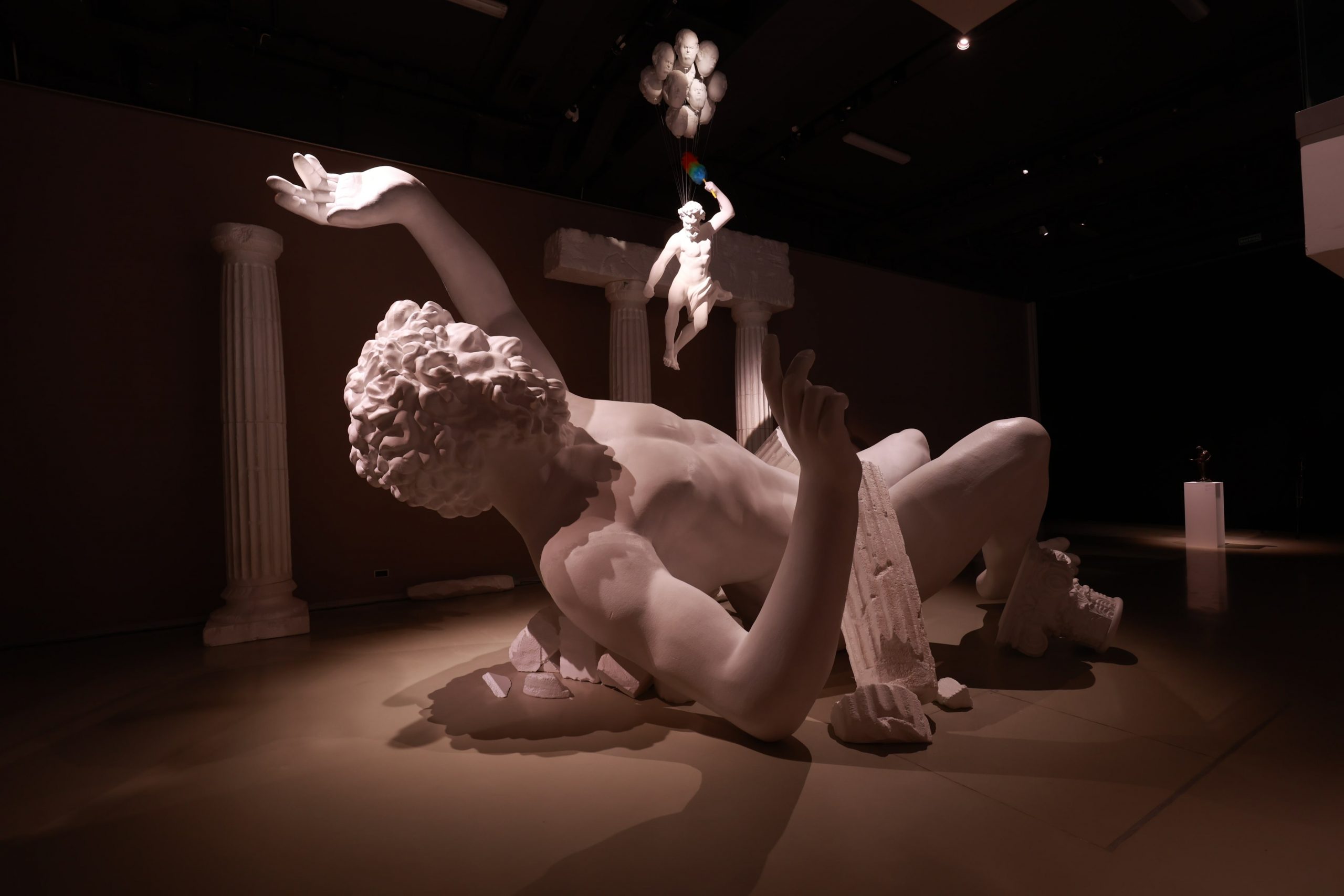 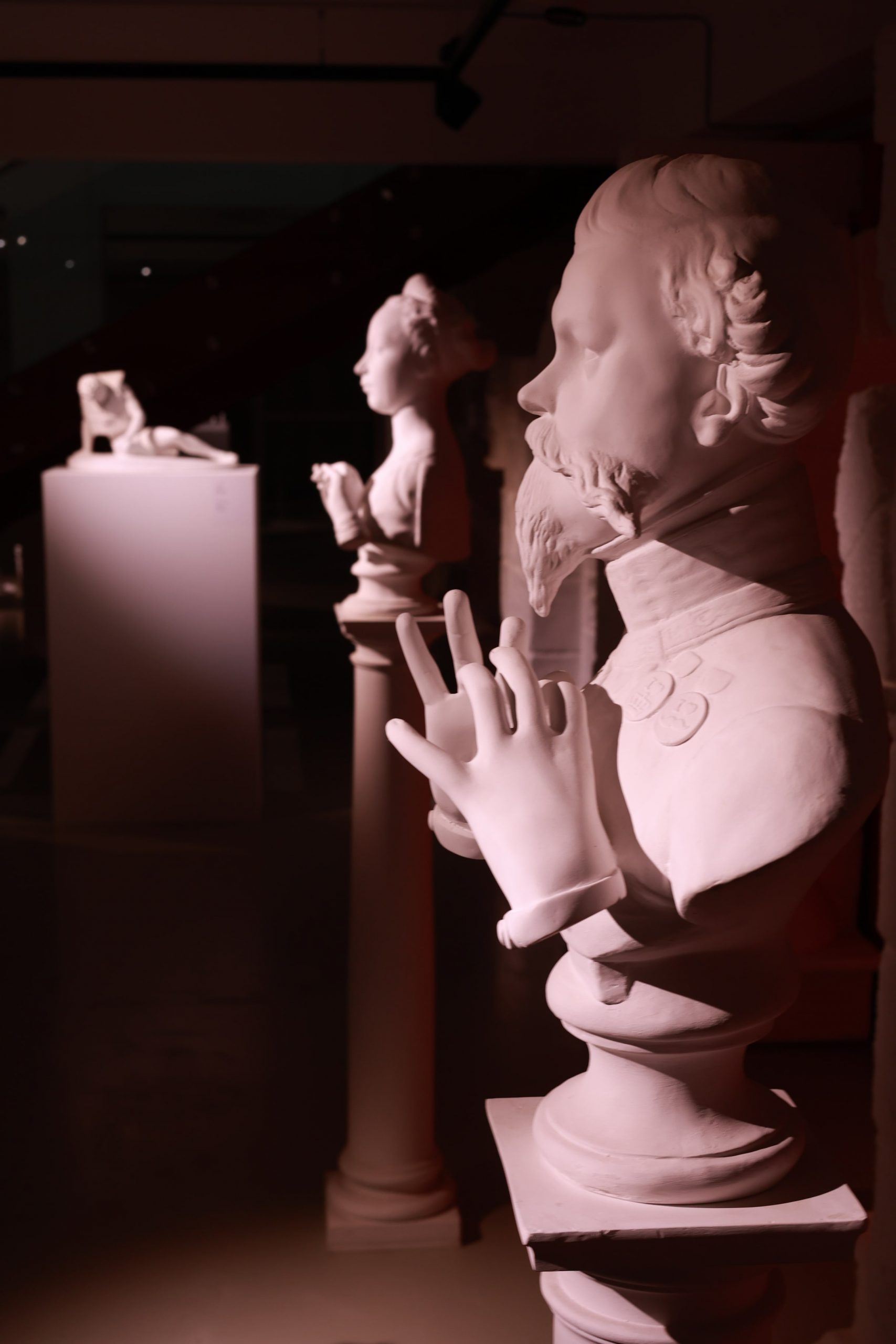 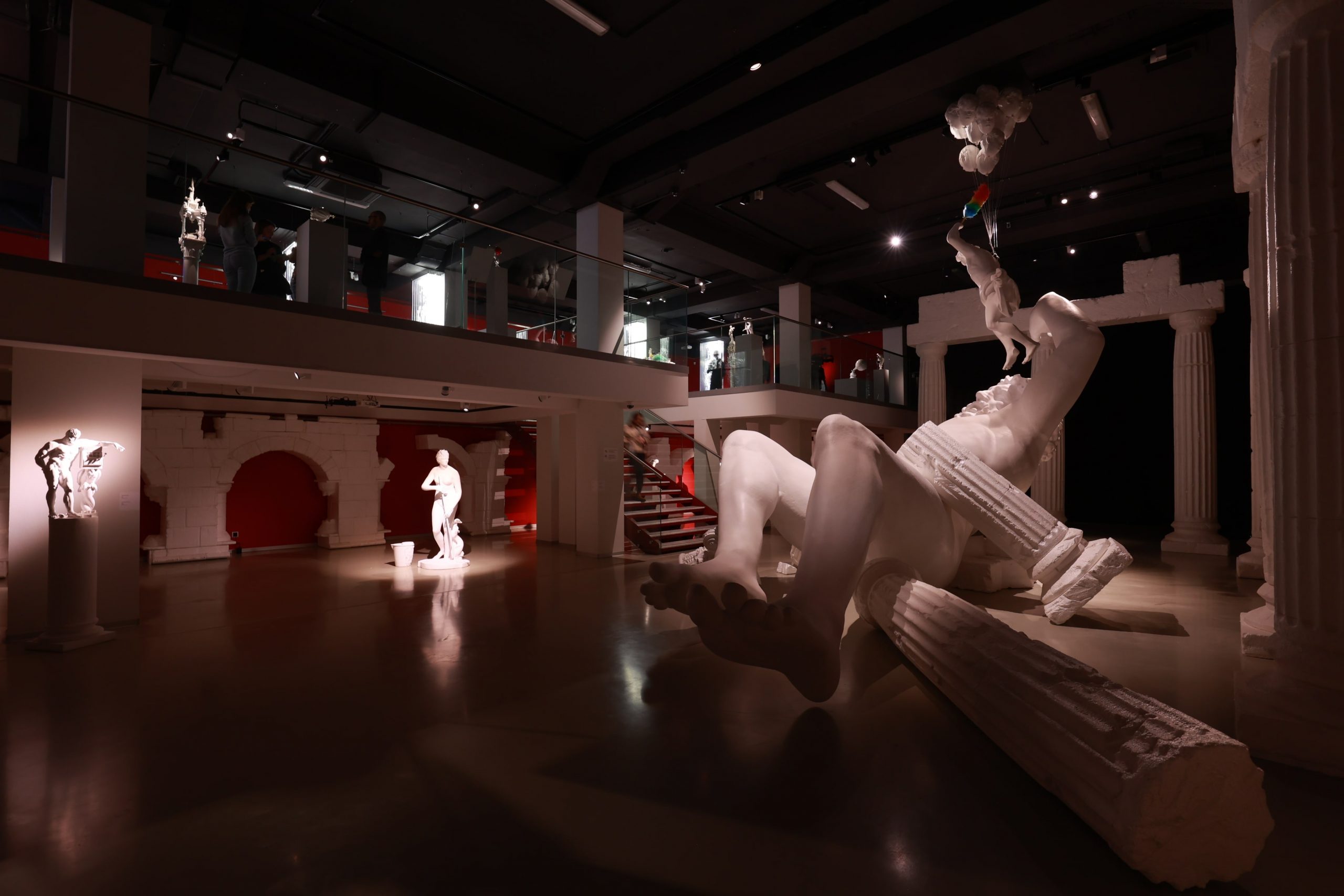 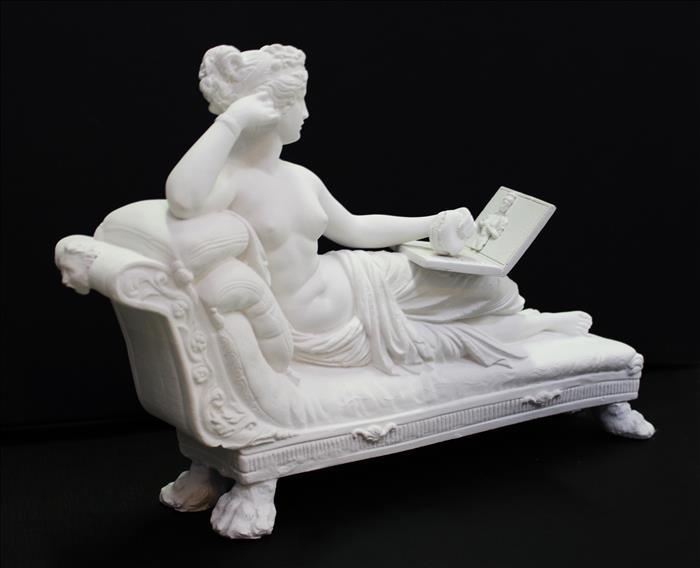 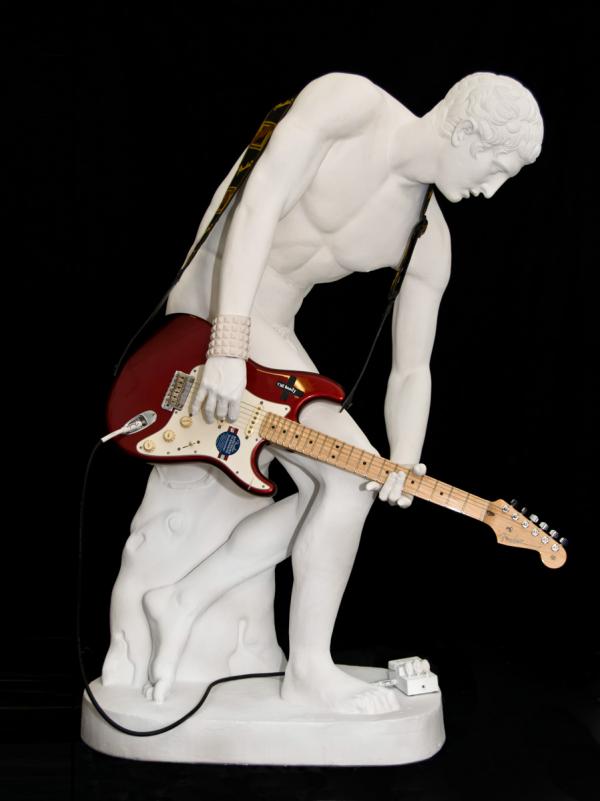 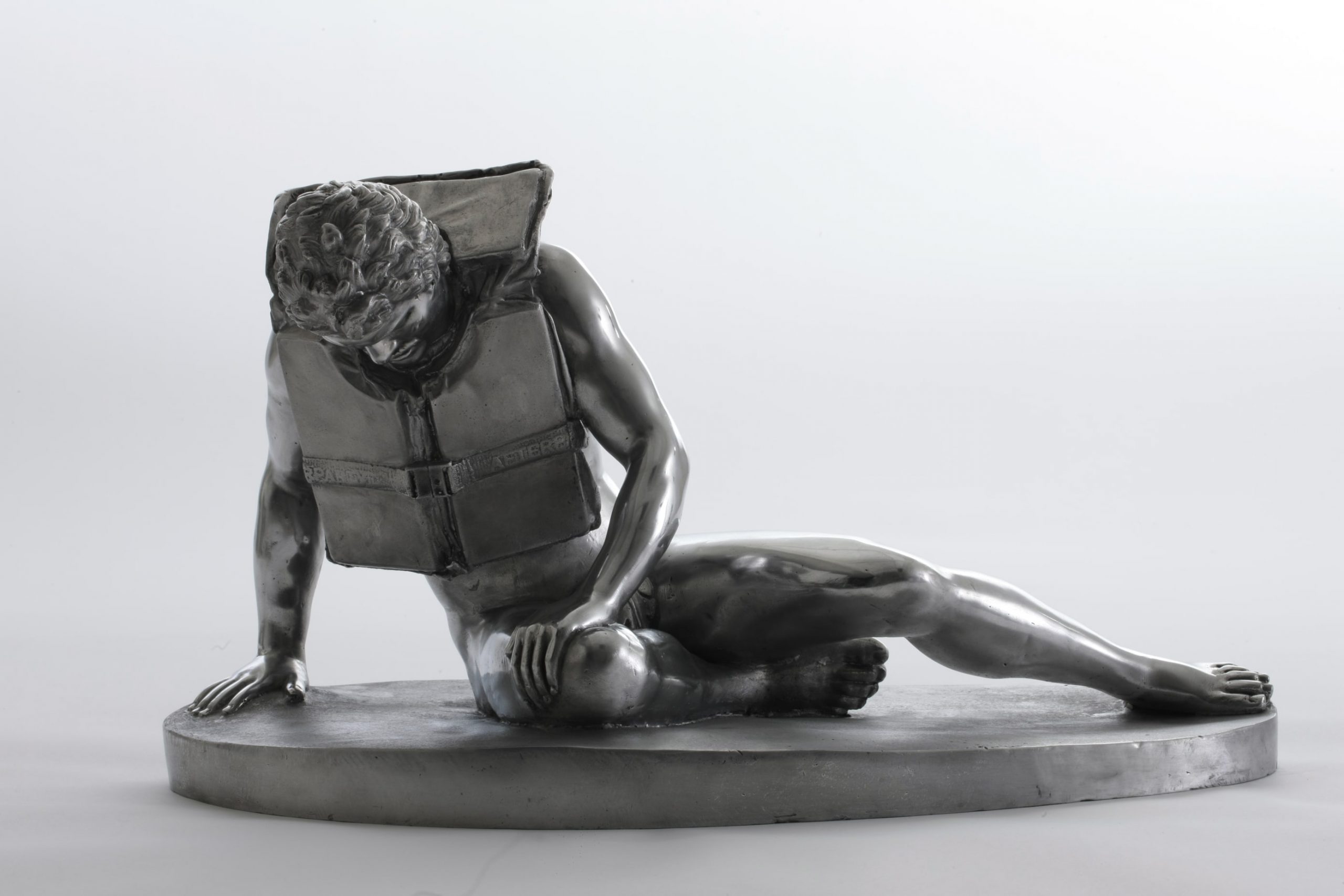