For more information on artist:

Valerio Berruti (b. 1977, Alba, IT) presents a selection of different works inspired by the suspended world of childhood, a moment in life when everything has yet to happen. The artist uses different techniques from fresco to sculpture, including some  experimental pieces such as the new backlit paintings on fiberglass.

Franco Guerzoni (b. 1948, Modena, IT) presents some paintings created in the last decade: a journey around the wall, a topos for Guerzoni. A selection of palimpsest-walls with multiple, evocative protuberances on which all the sophisticated personal archaeology of the Modenese artist developed.

Marco Tirelli‘s (b. 1956, Rome, IT) paintings depict abstract subjects and indeterminate forms interacting with light and shadow, such that they appear to occupy three-dimensional space. The highlights and shadows in the exhibited works are created using a pointillist technique, although with airbrushes rather than paintbrushes.

Paolo Ventura (b. 1968, Milan, IT) presents some collage, acrylic paint and photograph works from the series I Ginestra (The Ginestra), inspired by original vintage photos of a couple of acrobats from the 1930s. There is always a hazy sense of timelessness in the work of Ventura. The result is a cloudy, undefined atmosphere where narratives play out like dreams, somewhere between fantasy and memory. 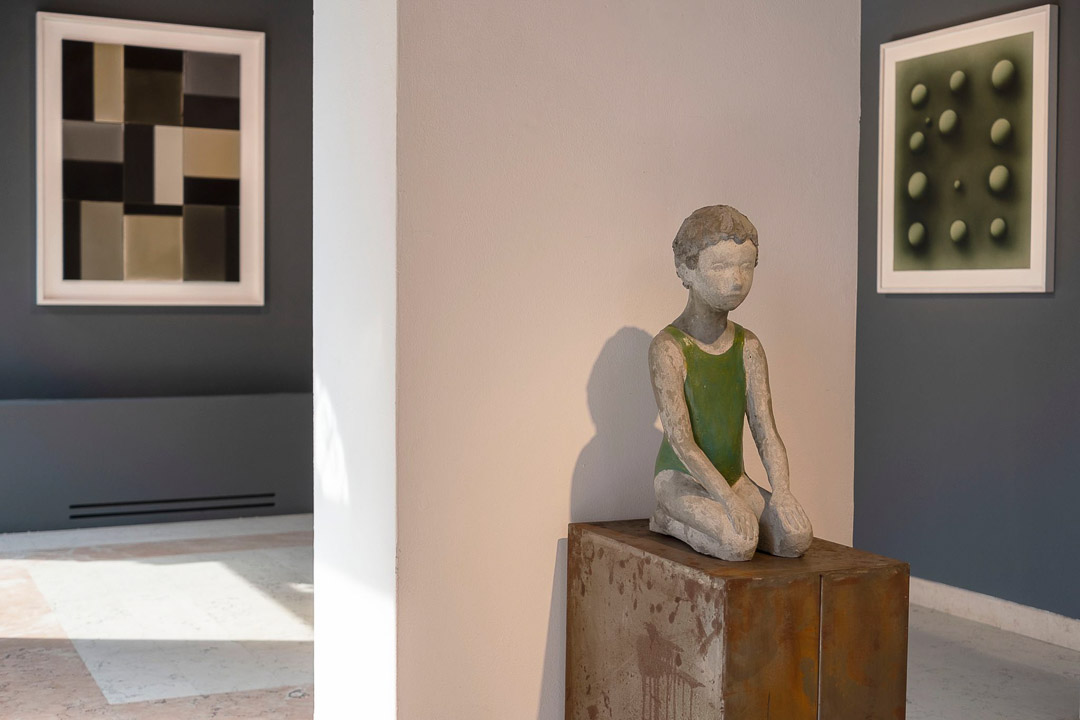 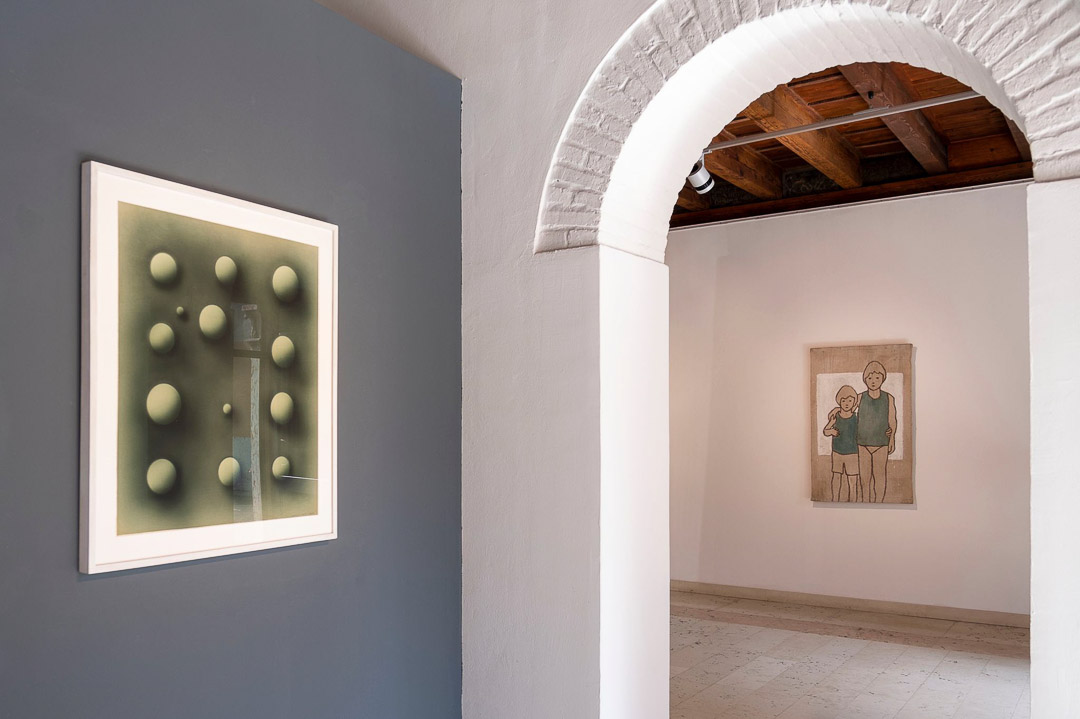 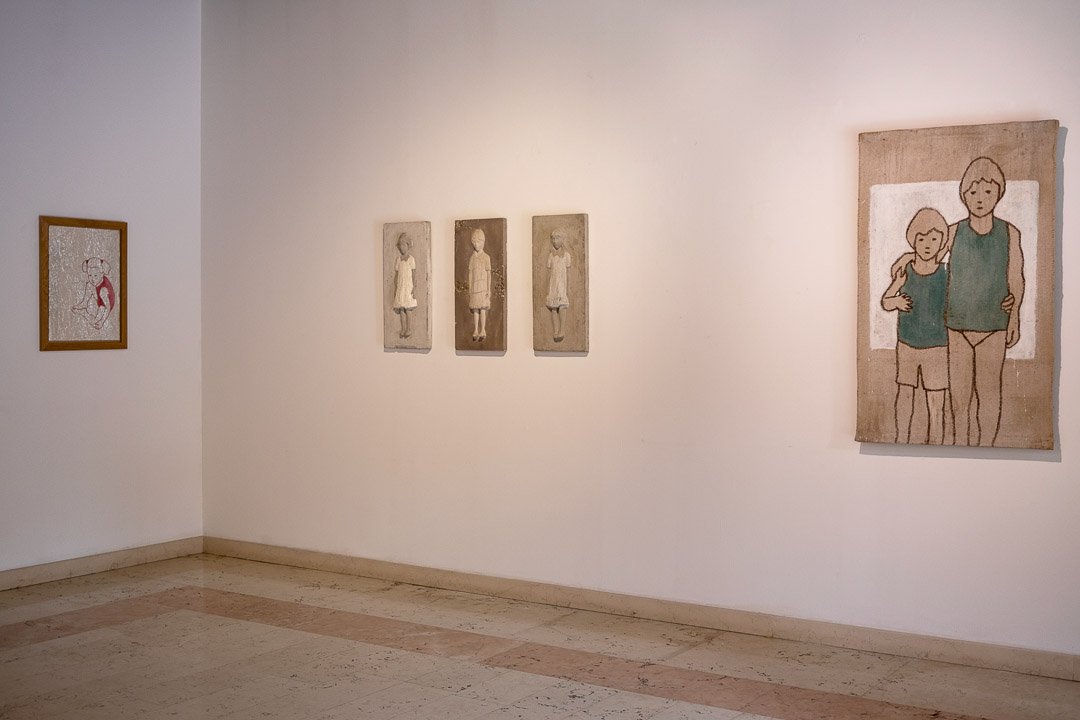 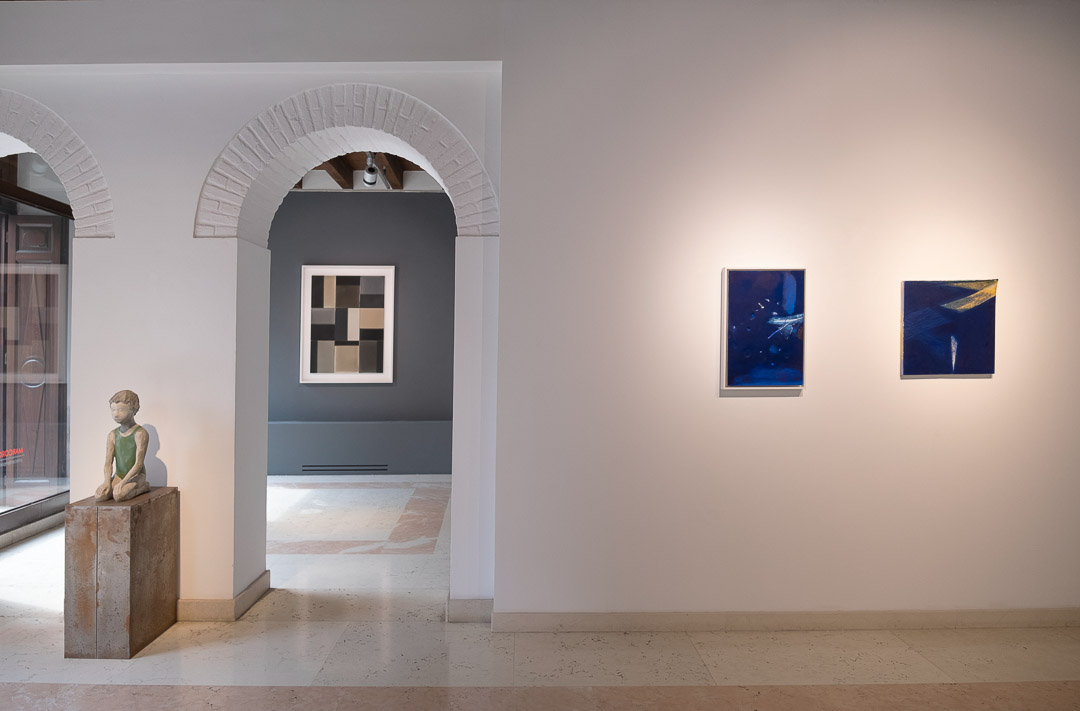